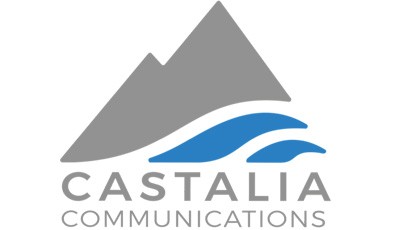 The agreement makes Castalia the new distribution agent for the territory

English Club TV, the network dedicated to language learning and all-around development, has announced its partnership with Castalia Communications for the distribution of its unique educational TV channel for English learning, as well as the respective programming in the Pan-regional territory of Latin America.

“According to the EF English Proficiency Index, 12 of 14 Latin American countries fall into the low or very low proficiency bands, as a result of which their population’s ability to use English effectively while doing business is limited. We believe our channel is a valuable asset in closing that gap, or even an alternative to the traditional ways of language learning,” explained Andrew Semchenko, CEO of the English Club TV Group. “We are happy to partner with Castalia Communications to expand our distribution in the region and make English Club TV a practical tool to deliver fast results for our audience.”

“As an international company, we know first-hand the value of being proficient in English and we are proud to be working with English Club and bringing this unique resource to the homes and workplaces of users across Latin America,” stated Miguel Torres-Bohl, VP of Latin America at Castalia Communications.

While Latin America considers strong English language skills a key to success and competitiveness in the global economy, the region currently performs below the world average as far as English proficiency is concerned. English Club TV contains a bright mix of educational and entertaining features that ensure full language immersion and stunningly fast results. Research confirms that by watching English Club TV for 15 minutes a day, viewers can learn an average of 2000 new words and 100 grammar structures in a year.

English Club TV is already available through Wherever TV Latino, and the companies are diligently working to expand the distribution in the upcoming months.

The English Club TV Group is a group of production, education and distribution companies that operates worldwide in the field of English language teaching under the brands of ENGLISH CLUB TV and ECTV.

English Club TV is an educational channel for those who study English. It is broadcast in more than 100 countries in Europe, Asia, Africa, America and the Middle East. For more information please visit our website http://english-club.tv/

Castalia Communications is an international media business development company based in Atlanta, Georgia. Since 1991, Castalia has served as a communications catalyst, consistently providing sales and marketing representation or resources for international television networks and acting as an independent distributor of television and web-based content and technology. With an excellent reputation and a broad network of contacts in Latin America, the United States and Canada, the company also continues several long-term collaborations in European and Asian markets. In 2005, Castalia created and launched Mexicanal, an award-winning, first-of-its-kind channel bringing regional content to Mexicans in the US and Canada. For additional information, call +51 1 ​348- 7800 or visit http://www.castaliacommunications.com/