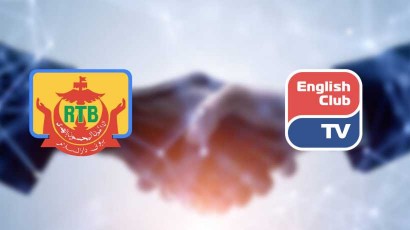 In Brunei, Standard Malay is the official language, but English is viewed as the principal language of business.

English Club TV is the comprehensive collection of high-quality educational content as well as the greatest movies of all time with subtitles and pre-teaching sections. There are different topics including grammar, vocabulary, business as well as programmes for kids.

Radio Television Brunei is the national public broadcaster of Brunei.It covers viewers across multiple devices such as computers, tablets, smartphones. Their story began in 1957 with the first radio broadcast. This was followed by the first television service in 1975. Television services have, with full dedication, successfully produced the best products and attracted the interest of the country’s society to continue following RTB’s television broadcasts.

English Club TV is a unique educational channel for those who want to learn and improve their English. The English Club TV Channel is available via Astra 4A and Measat 3A satellites which cover the European, Asian, African, North and South America continents.